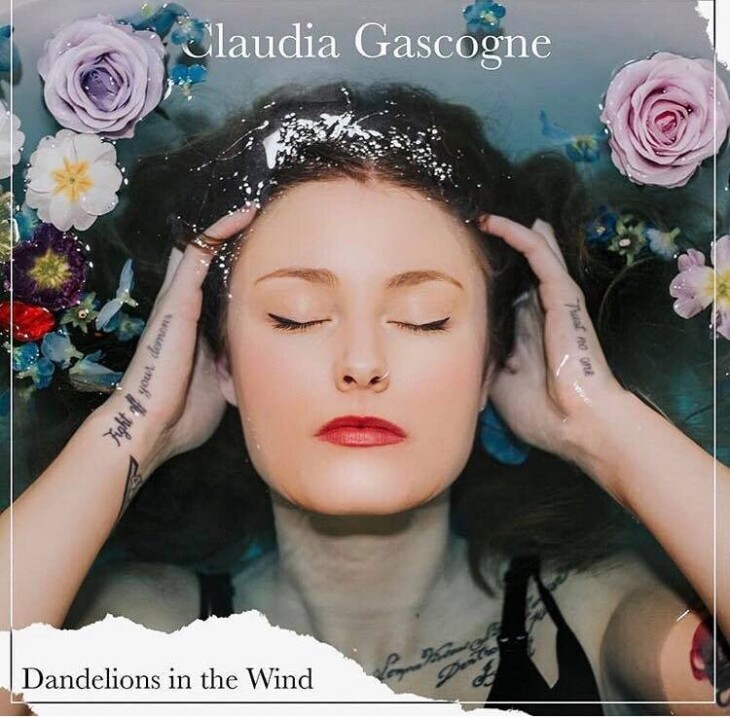 CLAUDIA GASGOGNE (full band)
Claudia Gascogne is a Spanish singer and songwriter based in London. Strongly influenced by soul, R&B, gospel, latin music and Opera, her vocal influences include Mariah Carey, Whitney Houston, Aretha Franklin, Etta James, Christina Aguilera & Jasmine Sullivan. Nonetheless, her songwriting -always deeply personal and easily relatable- has been influenced by artists such as Amy Winehouse, Lana del Rey or Leonard Cohen, & Spanish poets such us Pablo Neruda, Gabriel Garcia Márquez, Elvira Sastre or Luis Ramiro. All these ingredients, combined with a strong latin influence, is what makes Claudia Gascogne’s music stand out.
Gascogne decided to move to London in the Summer of 2014 and in 2017, she began her solo career together with her musical education at BIMM London where she is currently studying a BMus degree in Popular Music Performance. Claudia Gascogne had the chance to play in venues all around London including Jazz After Dark -that hosted Amy Winehouse in the first stages of her career- , The Monarch, Proud Camden, The Fiddler’s Elbow, Blues Kitchen, Bush Hall, Under The Bridge, The Half Moon Putney, Indigo at The O2, among others. She also took part in the talent competition "Britain's got Variety" in 2017 and "Open Mic UK" in 2018 becoming a grand Finalist in both talent shows. Her debut single “Dandelions in the Wind” was released this summer.

Amy Vix is a singer-songwriter based in London. Amy grew up in a large musical family in a small town on the outskirts of London listening to rock and writing music with her brothers. Amy’s mother is a writer who loves country music and her father a keen electric guitarist.

Amy’s sound has been described as americana, based on her country-style vocals but the strong emphasis on electric guitar gives her a unique edge. Her strong attraction towards guitar was inspired by listening to blues and rock growing up and her songwriting has been influenced by americana singer-songwriters and UK rock bands.

Amy was recently shortlisted for the Glastonbury Emerging Talent 2019 competition.

“The London-based singer songwriter’s penchant for heavy guitar reverb combined with her Americana Country vocals is one of the most refreshing genre-defying sounds I’ve heard in a long time.”

Emma Withers is a power pop/ alternative artist, and released her first EP ‘Ride or Die’ on August 9th. With a sharp and thought provoking song-writing style, powerful vocal and snap on stage, Emma is powering towards establishing herself as a unique singer-songwriter.
Inspired by Jack White, Amy Winehouse, Kate Bush, Nina Simone, Nirvana, David Bowie, Borns and many others, Emma has cultivated and crafted her style to what you will hear today, stream her EP ‘Ride or Die’ which is available on all music platforms; to get a flavour!